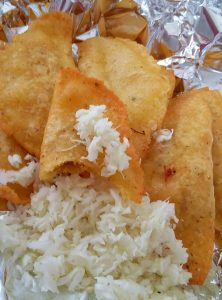 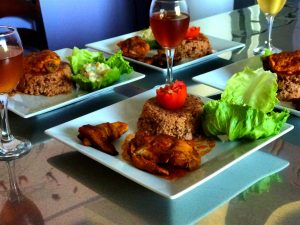 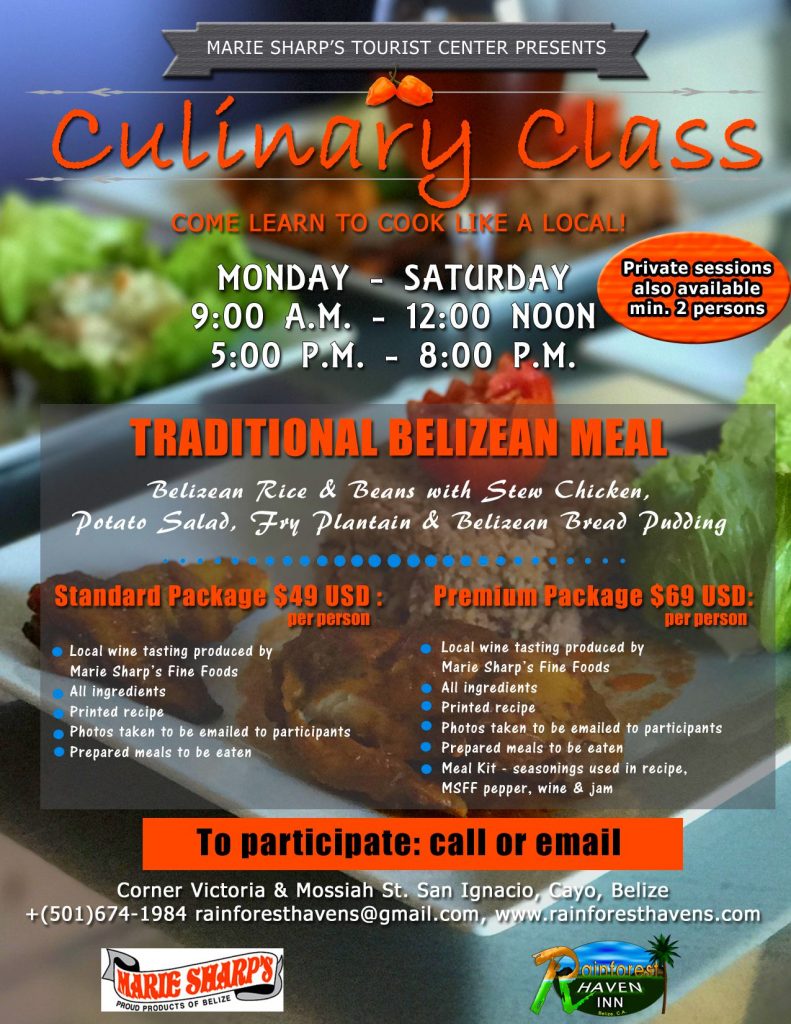 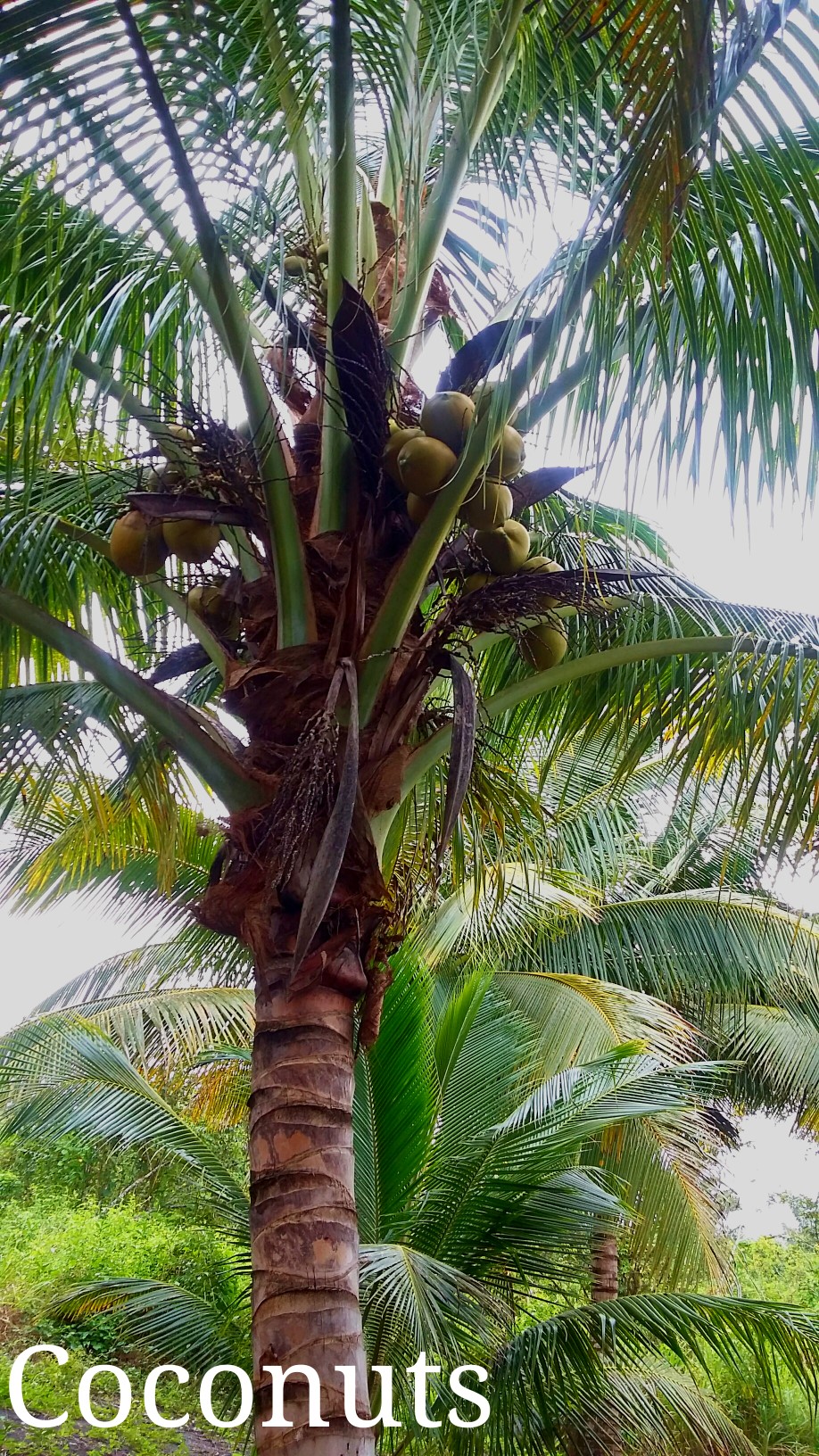 Coconut Tree with the drupes

Coconuts are more than just drupes. There is an entire new coconut world in Belize. The trees are huge and have lots of round fruits usually colored green or yellow in different sizes. Don’t be surprised when somebody offers you coconut water. Yes, water, not milk, served in a cup or better yet, cold inside the coconut shell. 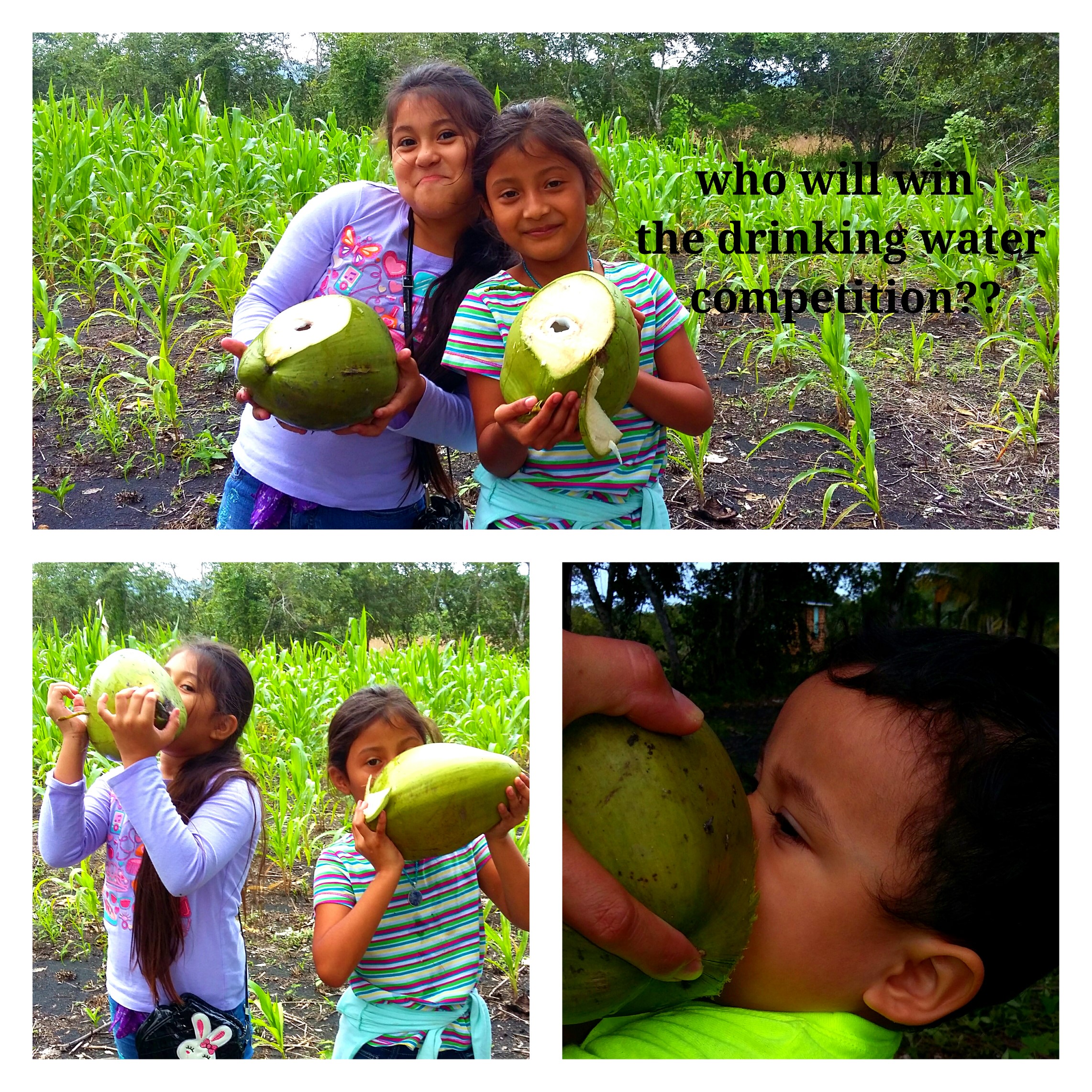 Having fun and competing who will finish first

It is much more than just a glass of water. We usually place it in a cooler with ice to cool off, then grab a machete (it is a vital part to get to the water), then expertedly take off part of the upper layer, open a little hole, insert a straw and TAADAA…enjoy! You will not believe the sweet, cool and refreshing coconut water. Not only is it delicious, but due to its rich minerals, vitamins and antioxidants it offers many health benefits. In fact many people in Belize use the coconut water as an electrolyte to combat dehydration and as a way of preventing urinary tract infection. 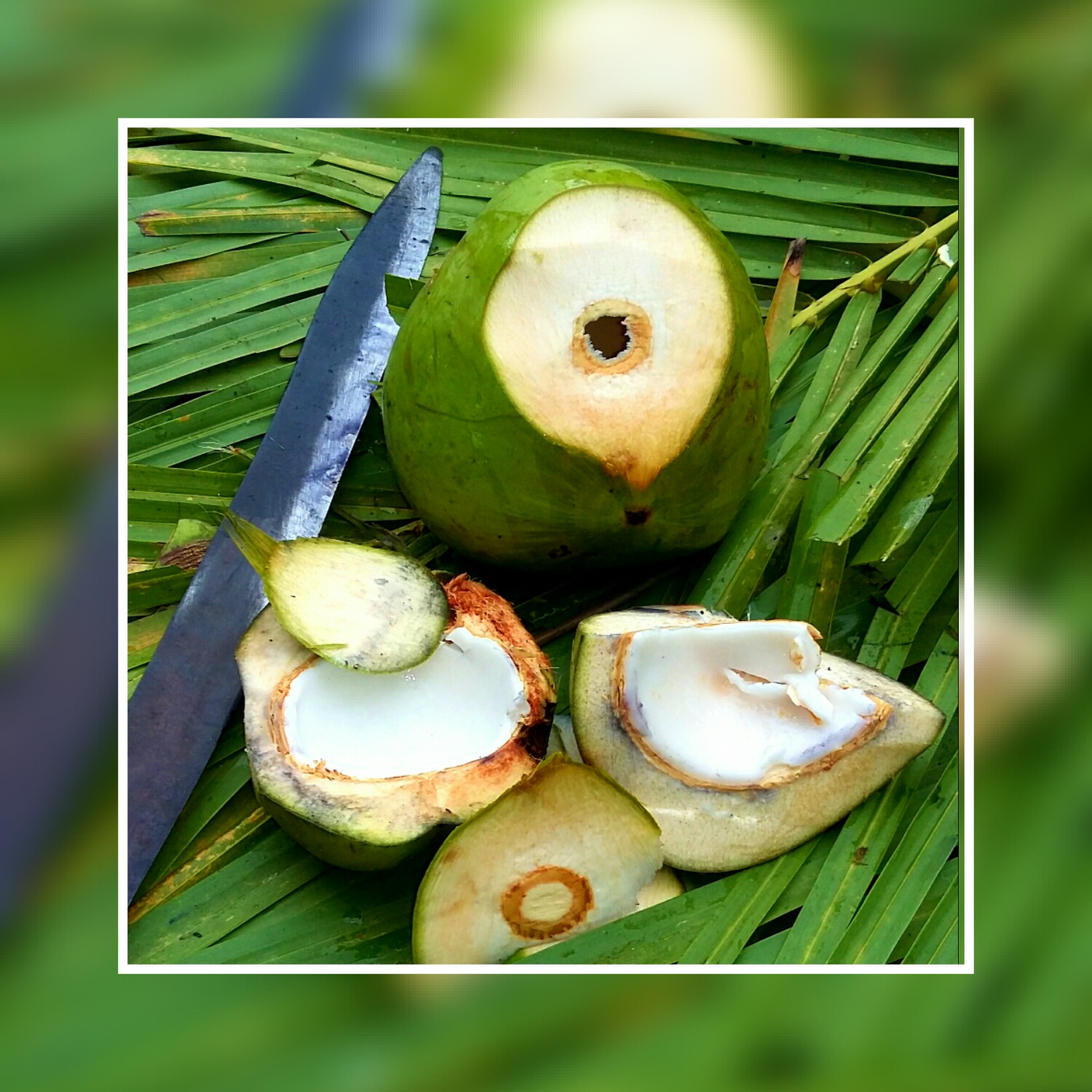 All You Need is a Machete

The white flesh of the coconut can also be eaten straight out of the husk when the coconut is young or when it is hard it can be grated to make treats such as ideals, tableta, cotobrute etc. The milk is made by squeezing the grated coconut flesh in water or by putting the meat in a blender with a little water. It is great in rice, fish dishes and of course when used in baked goods. The same is true for the coconut oil. You can replace cooking oils or butter with coconut oil and get mouthwatering dishes that are very beneficial for your health, as it improves the immunity system, and protects against several illnesses. The oil and milk are also used as beauty products such as hair conditioner, in face masks or in baby care.

And if you are good in handicrafts why not make beautiful baskets out of the shells? They are easy to carve and paint and embellish your dream home in Belize giving it a very personal touch.

Even though it is a lot of work there are people dedicated to making ropes out of the husks. If you don’t have the patience to do that you can convert them into natural scrubbers for your kitchen or floors or use them in handicrafts as well.

The leaves are perfect for thatched roofs, sunhats, and umbrellas or as a makeshift mattress for your children to sit or sleep on while at the beach. 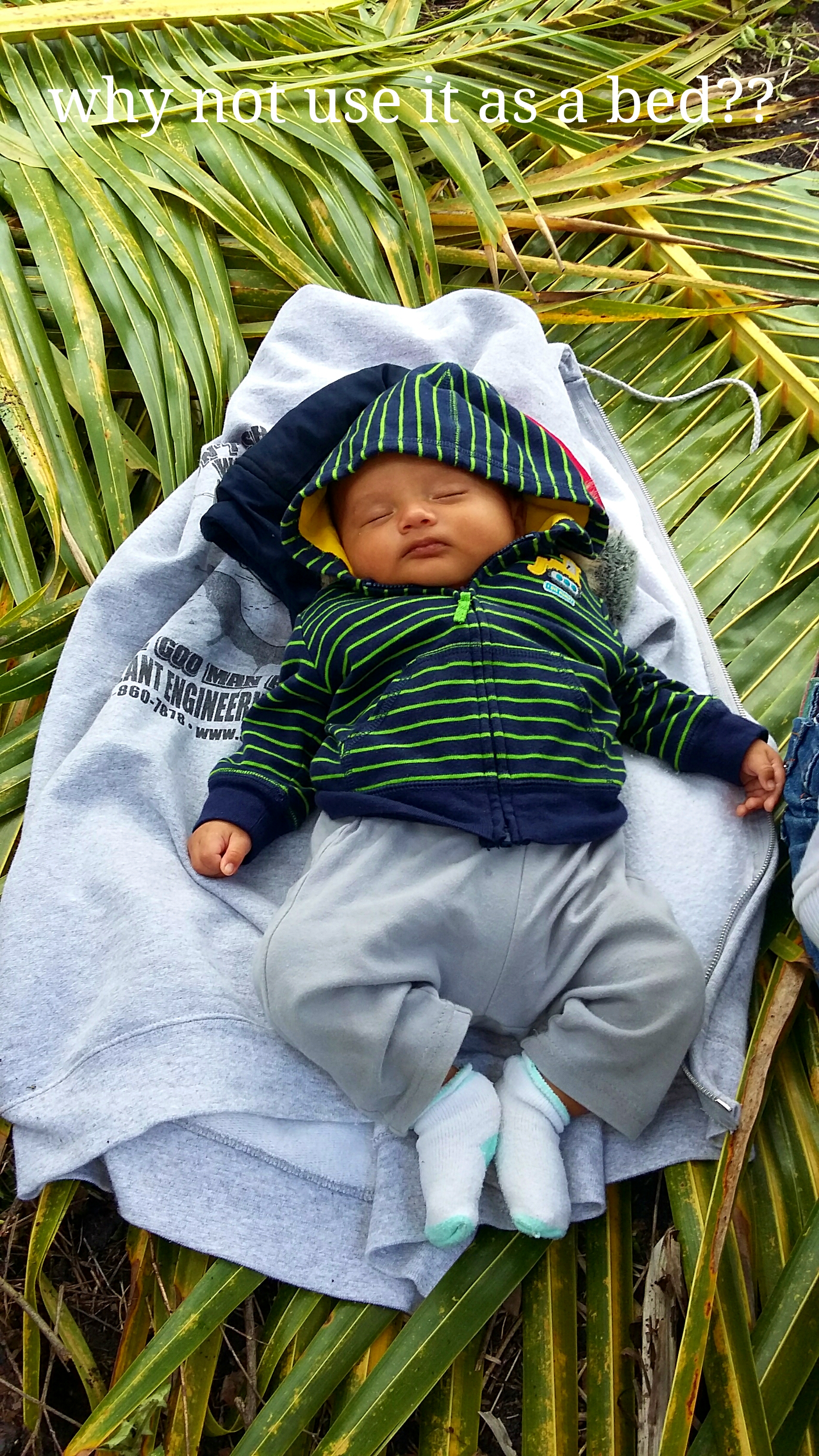 And last but not least, just relax on the terrace of your Belizean dream home with a nice glass of wine made from the sap of the coconut flower.

Coconut is a must try in Belize 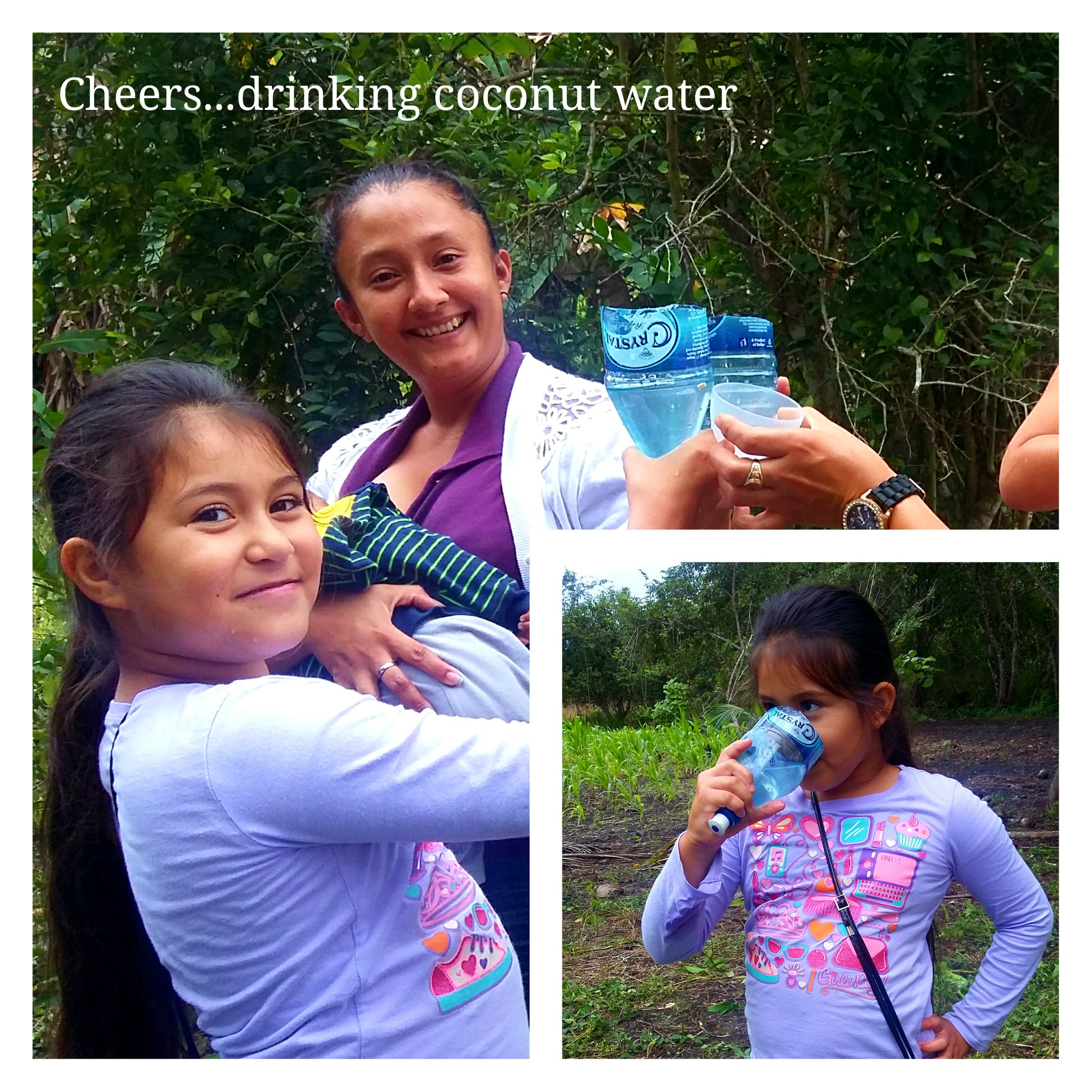 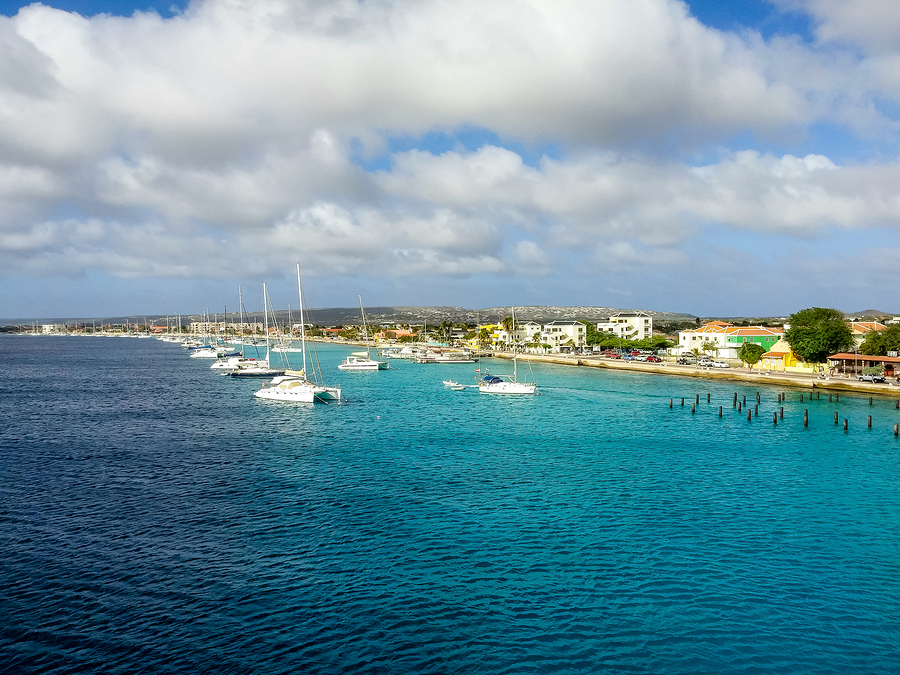 Line of Sailboats Down blue Coast of Belize

Belize real estate offers jungles to your West and reefs to your East. Belize City is the central hub for business and transportation and offers some upscale communities for home owners wanting to be close in proximity to the airport and mainstream business.

Finding the right community for your Belize home is very important in the buying process. Rainforest Realty will help you find the right community and Belize district for your family. We can tell you the vital information you need, including which schools, public services, community buildings and other amenities located near the community you are considering. For more information on the communities of Belize, contact our team at Rainforest Realty. We understand the value that a great community can bring to a family’s home buying decisions in beautiful Belize.

It is interesting to read articles from the start of the move to Belize journey. Mainly, because I have seen so many people over the years make the same move, albeit not with the same knowledge I had.

I was blessed to have a former leader of Government give me advise thru my move, and allowed my family the privilege of living in their ” compound” to acclimate to Belize.

Moving with 2 teenagers, 10 animals in the middle of the school year, you can imagine I appreciated this of my friends!

Having come across this article below – it had to make me smile, knowing that THIS independent Woman) (ME!) came to Belize, saw a need in the Real Estate World, and to this day, it is my passion to help Belizeans have a career worth having, as we say at Keller Williams IN Belize!

Here is the article written by Trust Professionals:

“I have been so impressed by the spirit of the independent women that come to Belize. A prime example is Rev. Macarena Rose [see here and here] who moved to Belize in 2004 with her 15 year old daughter, five dogs and five cats. As an ordained minister she is a very spiritual person and was fascinated by the Mayan history in Belize.

While living in Florida she worked with the Mayan Studies program and became a Mayan Priestess in order to understand and perform Shamanistic healing. While it is a great passion of hers she is also a professional business woman who runs a successful real estate company called Rainforest Realty, in San Ignacio, Belize. With the energy that only a single mother of two who also raised six adopted children can have, Macarena stays involved in the community, continues to perform weddings and does a weekly biography show on Belize TV.

She was instrumental in attracting the National Association of Realtors (NAR) to Belize and is the immediate past president of the association. Prior to moving to Belize she owned and operated a company in Florida called the Prop Up Pillow. Macarena invented the pillow to help control acid reflux during the night which can lead to esophageal cancer. ( As a survivor herself)

With its English language, common law tradition, private property rights and abundant natural attractions it is easy to see why people from the U.S., Canada and the U.K. see Belize as a lateral move.

The invention was featured on American Medical Review with Walter Cronkite. She says her move to Belize from Florida was “a lateral move.” As a Floridian I feel the same way. With its English language, common law tradition, private property rights and abundant natural attractions it is easy to see why people from the U.S., Canada and the U.K. see Belize as a lateral move.” 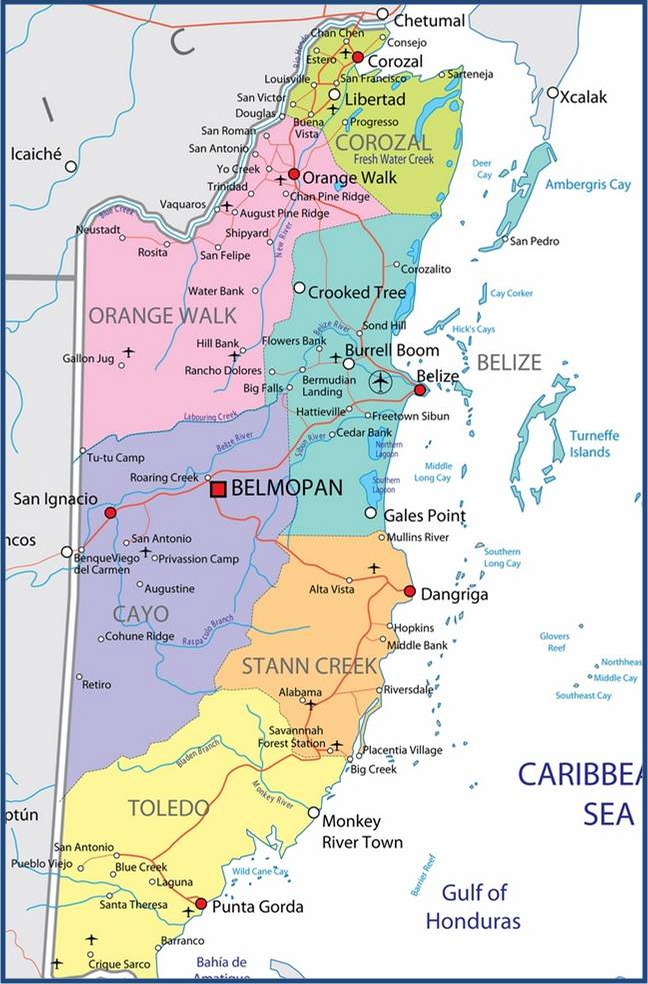 So, if you are a Woman, and are considering Belize- get in touch with me- Love to be able to provide you proven help.

Have you ever been to Belize ? 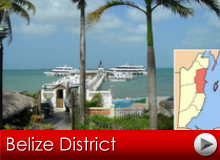 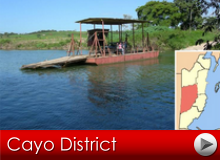 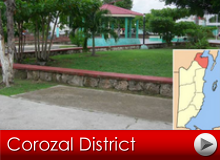 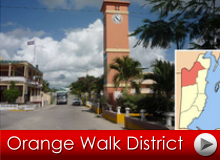 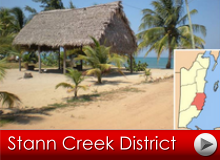 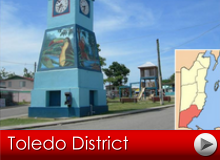